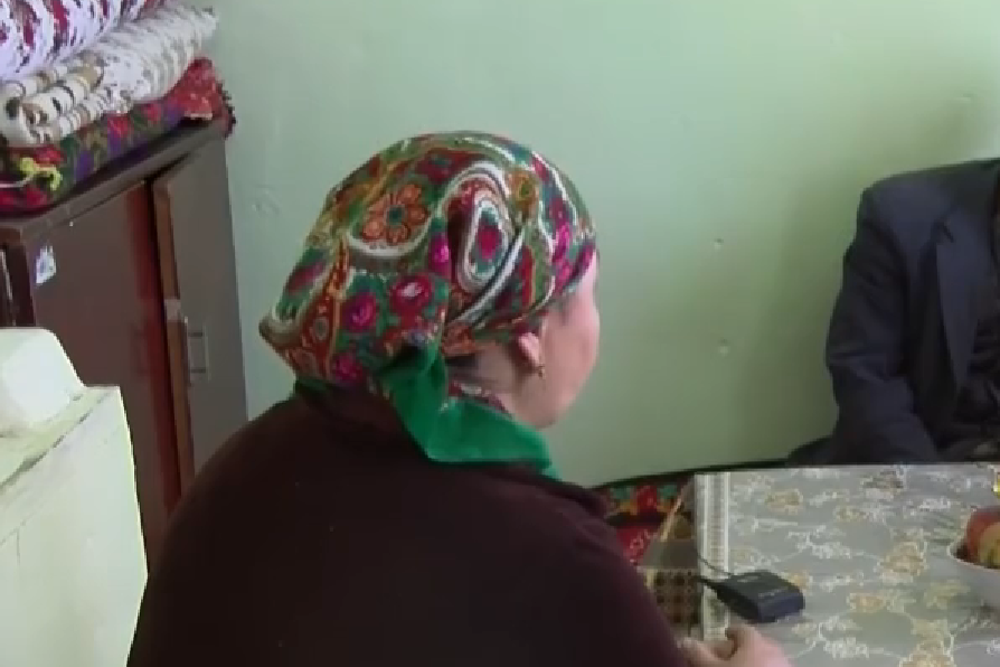 Only three people prosecuted from 70, including imams and officials, who twice dug up a deceased Protestant's body. The two convicted were not given the jail sentences the law requires. Human rights defenders and the family condemned the punishments as "not appropriate and not effective".

KYRGYZSTAN: No grave, no prosecutions over twice-exhumed Christian

The authorities have failed to prosecute those who in October led mobs who twice dug up the body of deceased Protestant Kanygul Satybaldiyeva and officials who allowed this to happen. Officials still will not tell Satybaldiyeva's daughter what they did with her mother's body. 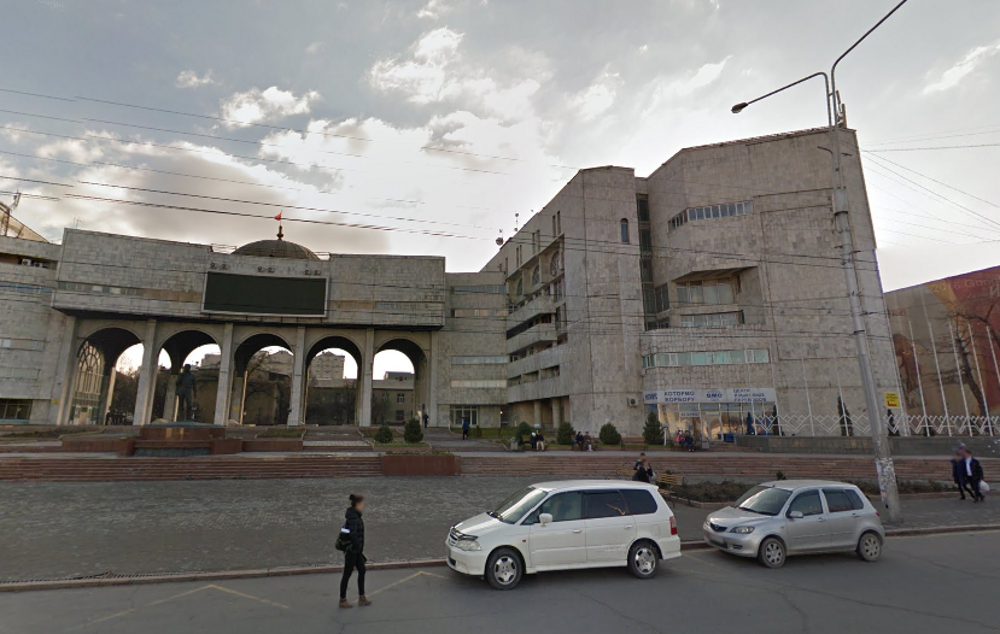 Kyrgyzstan continues to deny all belief communities permission to exist without state control, Protestants stating they "live and exercise freedom of religion and belief with constant fear." Officials refuse to explain why officials' torture of Jehovah's Witnesses meeting for worship is not seriously investigated. 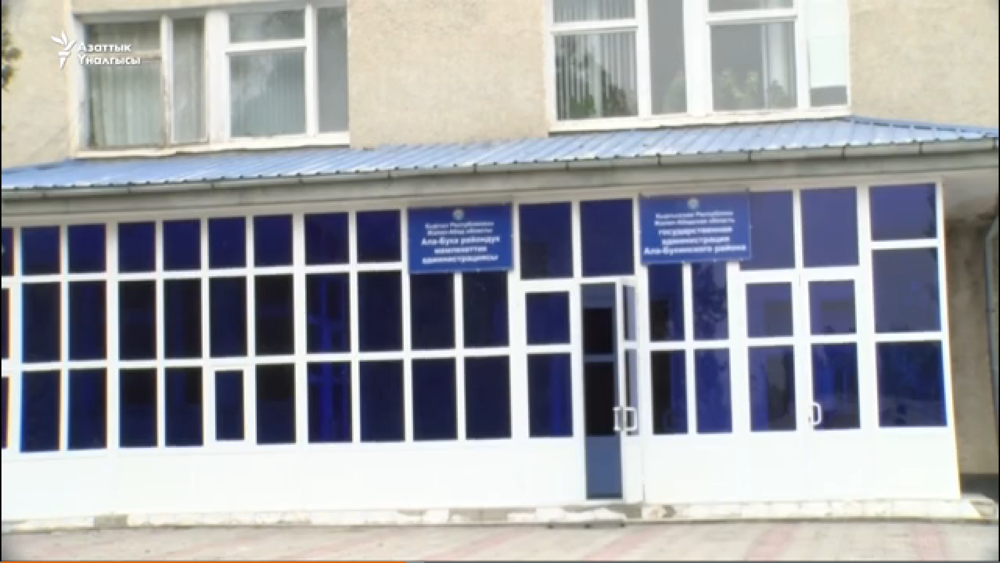 Mobs in two villages dug up the body of deceased Protestant Kanygul Satybaldiyeva, insisting non-Muslims cannot be buried in village cemeteries. Police, secret police and officials observed the exhumations but did not stop them. Officials took Satybaldiyeva's body and claim to have buried it elsewhere.

On 15 February Kyrgyzstan's Supreme Court rejected an appeal by Jehovah's Witnesses against refusal to register communities in Osh, Naryn, Jalal-Abad, and Batken, Forum 18 News Service has learned. And on 24 February the Supreme Court sent two Jehovah's Witnesses, Nadezhda Sergienko and Oksana Koriakina, for a new trial "in total disregard of the overwhelming and unchallenged evidence of my clients' innocence", their lawyer Shane Brady told Forum 18. Elsewhere, a court rejected an appeal by the registered Elchilik Zhiyini Church against Kemin Kenesh's halting of their activity despite a decision by the Constitutional Chamber of the Supreme Court. "Our decision must be followed", Akylbek Akhmatov of the Constitutional Chamber told Forum 18. He added that "the lawyers of the Kemin Church should refer to our decision in court". The Church has not been able to meet since August 2015 and was threatened with violence at a Kenesh (council) meeting. Police have refused to take action against people they witnessed threatening violence. In another case, the authorities have refused to bring officials who tortured Jehovah's Witnesses in Osh to justice.

KYRGYZSTAN: Freedom of religion or belief without state permission = murder?

After the December 2015 murder in Kyrgyzstan of Ahmadi Muslim Yunusjan Abdujalilov, an independent human rights defender has noted this month (February 2016) to Forum 18 News Service that "the authorities turn a blind eye to hate speeches on TV, other mass media, and mosques about Ahmadi Muslims and other vulnerable religious groups". They also noted that, in addition to attacks by Muslim Board imams, the Ahmadis were refused state registration. "All of this created a tense situation and hatred against the Ahmadis." Osh Regional Police spokesperson Jenishbek Ashirbayev told Forum 18: "There are two sides of the issue, one is the murder, and the other is the unregistered freedom of religion or belief of the Ahmadis". Asked why the authorities are seeking to punish the Ahmadis instead of investigating the murder, Ashirbayev reiterated that both the murder and the Ahmadi Community's activity are being investigated. Asked what the freedom of religion or belief of the Ahmadis has to do with the murder, he referred Forum 18 to the NSC secret police.

KYRGYZSTAN: Will government defend judges, lawyers and residents from police?

A Jehovah's Witness mother and daughter in Kyrgyzstan have been freed from house arrest, having been held since March 2013, in what a judge described as "a fabricated case", Forum 18 News Service has learned. But NSC secret police and ordinary police 10th Department officers repeatedly illegally tried to stop the two women's lawyers participating in the appeal hearing, and then invaded the judges' deliberation room when they realised that the women might be set free. Under international law some of the police should not have been at liberty, as they were involved in torturing other Jehovah's Witnesses. The two women's defence lawyers have publicly called for the ordinary police and NSC secret police officers who openly attacked lawyers' and judges' independence to be investigated on criminal charges, and if guilty punished according to the law. Officials have refused to tell Forum 18 if these and other official attempts to obstruct the rule of law will be subject to investigation and criminal charges.

Kyrgyzstan is refusing despite medical evidence to investigate named police who tortured seven Jehovah's Witnesses during a raid on an Osh meeting for worship, Forum 18 News Service has learned. The victims have complained to the General Prosecutor's Office. Under the UN Convention against Torture and Other Cruel, Inhuman or Degrading Treatment or Punishment, Kyrgyzstan is obliged to arrest anyone suspected on good grounds of having committed torture and try them under criminal law. A 2012 UN Subcommittee on Prevention of Torture (SPT) visit found that "torture and ill-treatment is prevalent", due to among other factors "the impunity and general lack of accountability of officials". Asked by Forum 18 why Prosecutors will not prosecute torturers but prosecuted their victims meeting for worship, Deputy Osh Prosecutor Mirlan Kongaytiyev claimed: "We just want the law and justice to be fulfilled". Osh Prosecutors continue to try to convict two Jehovah's Witnesses of, among other things, conjuring live snakes from eggs. Nadezhda Sergienko and Oksana Koryakina have been under house arrest since March 2013, despite a judge condemning "a fabricated case".

KYRGYZSTAN: "His screams of terror and pain could be heard throughout the building"

Ten police officers – only two of them in uniform – raided a Jehovah's Witness meeting for worship in a rented cafe in Osh in southern Kyrgyzstan on 9 August, claiming it was "illegal". Police brought an Imam to "convert them to Islam", who threatened those present. Officers beat one man for filming the raid on his phone and "his screams of terror and pain could be heard throughout the building", Jehovah's Witnesses complained to Forum 18 News Service. At the police station, officers strangled three Jehovah's Witnesses "to the point that they passed out". Asked why he and his colleagues raided the meeting for worship and beat several participants, Officer Kozhobek Kozubayev insulted and swore at Forum 18. Kozubayev had been involved in similar beatings of Jehovah's Witnesses in Osh in 2013, for which he was ordered punished. Also in early August, Osh City authorities and a local Imam did not allow a Protestant to bury her deceased 25-year-old son in the cemetery in the District where they live. She could only bury him in a distant cemetery when, under pressure from an Imam, she renounced her faith.

In producing a draft new Religion Law Kyrgyzstan's State Commission for Religious Affairs (SCRA) seems to be ignoring civil society and UN Human Rights Committee criticism and a Constitutional Chamber of the Supreme Court ruling that some of the Law's restrictions are unconstitutional, Forum 18 News Service notes. The draft is now with the Prime Minister's Office but officials are refusing to say when it might be ready or if it will be made public. Galina Kolodzinskaia of the Inter-religious Council thought that the authorities do not plan to change the Law in 2015. Changes to the law to allow conscientious objection to military service in line with a Constitutional Court decision and UN Human Rights Committee recommendations also seem unlikely soon. Officials are making contradictory statements as to whether a revised draft has reached the Zhogorku Kenesh (Parliament). Also, the authorities are still seeking to confiscate the building of Protestant Jesus Christ Church in Bishkek. When Forum 18 asked whether the SCRA is supposed to help religious communities, SCRA Deputy Head Tabyldy Orozaliyev replied: "We are not telling Norway what its Religious Affairs Ministry should or should not do, so mind your own business."

Officials are refusing to follow a Constitutional Chamber of the Supreme Court decision legally removing two major obstacles to the registration of religious or belief communities. "We are observing the present Religion Law until the Constitutional Chamber's decision is integrated into it," Kyrgyzstan's State Commission for Religious Affairs (SCRA) Deputy Head told Forum 18. "You need to ask Parliament about changes to the Law." However, Judge Mukambet Kasymaliyev, Chair of the Constitutional Chamber, told Forum 18: "Everyone must abide by the Court's decisions as they become part of the law immediately after they are passed." Asked what he thinks of local officials and the SCRA ignoring this, Judge Kasymaliyev replied, "I cannot evaluate the actions of those officials. But it seems to me that they do not know Kyrgyzstan's laws and must study them." Also, two Jehovah's Witnesses, Nadezhda Sergienko and Oksana Koryakina, under house arrest for two years, still face prosecution, despite a describing the case as "fabricated". And the July 2011 ban on Ahmadi Muslims still continues.

Kyrgyzstan is keeping two Jehovah's Witnesses, Nadezhda Sergienko and her daughter Oksana Koryakina, under arrest more than 19 months after their March 2013 arrest for alleged swindling. Both women strongly deny the authorities' allegations, and Judge Sheraly Kamchibekov acquitted the two women of all charges. He told Forum 18 News Service on 4 November that "it was a fabricated case" and that he did not believe the prosecution's claims. However, the two women remain under house arrest as the prosecution has appealed against the acquittal. The two women's co-believers have told Forum 18 that they think the arrests and detentions may be reprisals by the authorities for registration applications Jehovah's Witness communities have made. The lawyer for the people alleged to have been swindled argues in appealing against the acquittal that Jehovah's Witnesses "do not have registration in Osh, Jalalabad and Batken regions". As Judge Kamchibekov observed to Forum 18, "this has nothing to do with the case".