In one of three such cases so far in 2020, Prosecutors in Russian-occupied Crimea are pursuing an administrative case over "illegal missionary activity" to punish an imam for leading regular Friday prayers in a mosque. Prosecutors in the southern town of Alushta brought a case against Imam Yusuf Ashirov on 1 April of conducting such "illegal missionary activity" since July 2019. 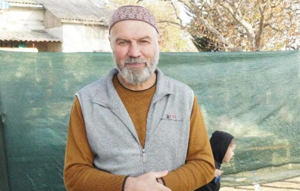 Imam Yusuf Ashirov
Crimean Solidarity
Imam Ashirov explained to the deputy prosecutor that he had preached in the mosque solely to other mosque members and had not explained his faith to others. "I have no desire to break the law," he told Forum 18.

"Being the imam of an officially-registered community, he carried out the hutba [sermon] on Fridays among his fellow believers, mosque members," Imam Ashirov's lawyer Lilia Hemedzhy told the Crimean Solidarity monitoring group. "This is not 'illegal missionary activity'" (see below).

The prosecution relates to worship before the coronavirus outbreak. Imam Ashirov and the community halted public worship in late March. The Crimean Muslim Board similarly decided on 23 March to halt all public worship in its mosques.

The community gained legal registration in 1993 under Ukrainian law and re-registration in 2016 after the Russian annexation of Crimea. It has worshipped in the town's 19th century Yukhary-Jami mosque building since 1994. However, the mosque community has been trying to challenge the authorities' decision to overturn their ownership and declare their mosque building state property (see below).

Two of the mosque's official founders were among eight Crimean Tatars arrested in June 2019. They are facing criminal charges for alleged membership of the Hizb ut-Tahrir organisation.

Russia's March 2014 annexation of Crimea is not recognised by Ukraine or internationally.

The Prosecutor of Sovetsky District in eastern Crimea summoned mosque leader Dilyaver Khalilov on 1 April for questioning about a prosecution for "illegal missionary activity". The summons came less than two weeks after police and plain clothes officials raided the mosque in the village of Zavetnoye just after Friday prayers finished. However, the summons was then cancelled because of the coronavirus outbreak. A police officer who took part in the raid refused to discuss it with Forum 18 (see below).

Meanwhile, on 2 March a Magistrate's Court in Crimea's capital Simferopol fined Imam Rasim Dervishev for leading Friday prayers. Prosecutors brought the case of "illegal missionary activity" after a December 2019 raid by Russian security forces just after prayers concluded at the mosque (see below).

"It is absurd to require anyone to ask permission to conduct religious rituals," his lawyer Ayder Azamatov told Forum 18 from Simferopol. "Imam Dervishev decided not to appeal against the punishment and paid the fine" (see below).

In Russian-occupied Crimea in 2019, there were 24 prosecutions brought against 23 individuals and 1 community for ill-defined "missionary activity", of which 17 ended with punishment, Forum 18 found. All 17 were fined about five days' average local wage each. Many of those punished were prosecuted for holding worship at unapproved venues or for sharing their faith on the street.

There were also 11 cases brought in Crimea in 2019 against 10 religious communities and 1 individual to punish them for failing to use the full legal name of a registered religious community on their place of worship or on literature. Four of these 11 cases ended with fines of one month's average local wages each, and 2 defendants received a warning. The other 5 cases ended with no punishment.

In addition, the Russian authorities have used "extremism"-related criminal prosecutions in Crimea to punish the exercise of freedom of religion or belief.

Crimean Muslim prisoner of conscience Renat Suleimanov is serving a four-year jail term in a labour camp in Russia as a member of the Muslim missionary movement Tabligh Jamaat after meeting openly in mosques with three friends to discuss their faith. In January 2020 he completed a six-month term in the labour camp punishment cell. Three others convicted with him were given suspended sentences.

Alushta: "This is not 'illegal missionary activity'" 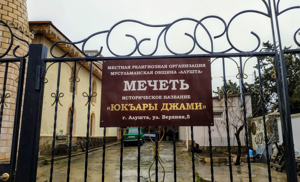 Imam Ashirov explained to the deputy prosecutor that he had preached in the mosque solely to other mosque members and had not explained his faith to others. "I have no desire to break the law," he told Forum 18. He asked prosecutors to bring in a religious specialist who could explain his actions as a preacher.

"Yusuf Ashirov was deprived of the opportunity of being represented," his lawyer Lilia Hemedzhy told the Crimean Solidarity monitoring group on 1 April, "deprived of the right to have the services of a defender."

"Being the imam of an officially-registered community, he carried out the hutba [sermon] on Fridays among his fellow believers, mosque members," Hemedzhy insisted. "This is not 'illegal missionary activity' as the law defines 'illegal missionary activity' as activity directed at spreading one's faith among individuals of other faiths, or among individuals who are not adherents of the given faith."

Imam Ashirov also complained that prosecutors had potentially endangered his and his family's health by summoning him to the Prosecutor's Office during the coronavirus outbreak.

Prosecutors' decision to deem Imam Ashirov's "offences" to have taken place since 25 July 2019 is significant. On 25 June 2019, exactly one month earlier, Crimea's Supreme Court had rejected the community's appeal against Alushta City Court's decision on 14 February 2019 to reject its appeal against a decision to overturn their ownership and declare their mosque building state property.

The community has worshipped in Alushta's 19th century Yukhary-Jami mosque building since 1994. Ashirov chaired the community from 2001, and then became Imam in 2014.

The community gained legal registration in 1993 under Ukrainian law and re-registration in August 2016 as an independent religious organisation after the Russian annexation of Crimea, according to Russian tax records.

The community sought to challenge a Crimean Council of Ministers decision of 18 September 2018 which handed control of Yukhary-Jami mosque to Crimea's State Committee for Inter-ethnic Relations and Deported Citizens. The community pointed to decisions in 1994 and 1996 which handed the historic mosque to the community.

The community brought the suit also against the Crimean Muslim Board. Community members fear that the authorities wish to transfer the mosque for its use.

However, the Supreme Court rejected the community's arguments, insisting that the mosque was state property and that the Crimean Council of Ministers therefore had the right to issue the decision, according to the court decision seen by Forum 18. On 20 February 2020, the Fourth Cassational Court in the Russian city of Krasnodar rejected the community's further appeal, according to the decision seen by Forum 18.

"The 1994 decision to grant us the mosque has never been cancelled," Imam Ashirov told Forum 18. "How can they adopt a new decision without cancelling the old?"

Imam Ashirov noted though that nothing had changed following the June 2019 Supreme Court decision. "We continued to function as an independent mosque, with regular prayers, until we had to halt worship in March because of coronavirus." 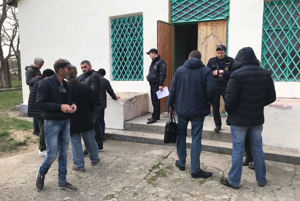 Raid on Mosque, Zavetnoye, 20 March 2020
Crimean Solidarity
The Prosecutor of Sovetsky District in eastern Crimea, Dmitry Bailema, summoned mosque leader Dilyaver Khalilov for questioning on 1 April, according to the summons seen by Forum 18. The summons related to a prosecution under Russian Administrative Code Article 5.26, Part 4 ("Russians conducting missionary activity") following an "inspection" on the mosque in the village of Zavetnoye.

However, the summons was then cancelled because of the coronavirus outbreak, the lawyer Lilia Hemedzhy told Forum 18 on 7 April.

The summons came less than two weeks after officials raided the mosque. Police and plain clothes officials arrived at the mosque just after Friday prayers on 20 March, mosque members told Crimean Solidarity the same day. They prevented worshippers from leaving and questioned them.

Officers told mosque members they were conducting an investigation about alleged "missionary activity", reading out the relevant Article 24.2 of Russia's Religion Law. They pressured the Imam to write a statement and promised they would later be in contact with him. Only one of the police officers, Valentin Shostak, gave his name.

Forum 18 reached police officer Shostak on 7 April, but he put the phone down as soon as it asked him about the raid.

The mosque first gained registration with the Ukrainian authorities in 2000. 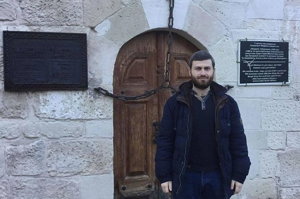 "It is absurd to require anyone to ask permission to conduct religious rituals," his lawyer Ayder Azamatov told Forum 18 from Simferopol on 7 April. "Imam Dervishev decided not to appeal against the punishment and paid the fine."

Police and FSB security service officers, as well as officials from the Prosecutors Office and the Emergency Situations Ministry, raided the mosque just after prayers concluded on 3 December 2019, Azamatov noted.

The Deputy Prosecutor of Simferopol's Kiev District Andrei Gritsaichuk then brought a case against Imam Dervishev. On 14 January 2020, he handed the case to Simferopol Magistrate's Court No. 13. Several hearings took place in the case before Judge Klepova issued her decision on 2 March.

Azamatov argued in court that the Imam should not be punished for leading Friday prayers as no proof had been presented that Imam Dervishev had spoken to anyone outside the mosque about his religious beliefs.

After viewing a video of Imam Dervishev preaching, a religious studies expert, Bulatov, similarly told the 29 January hearing that he could see no evidence of any missionary activity.

On 11 March, Judge Alime Ametova of Magistrate's Court No. 40 in Yevpatoriya fined Messianic Rabbi Viktor Vilensky 5,000 Russian Roubles, according to the decision seen by Forum 18. He was accused of conducting "missionary activity" by leading meetings for worship in the city of Sevastopol, while his community is registered in the Republic of Crimea, a separate jurisdiction. (END)

Full reports on freedom of thought, conscience and belief in Crimea

Forum 18's reports and analyses on freedom of thought, conscience and belief in Russia within its internationally-recognised territory 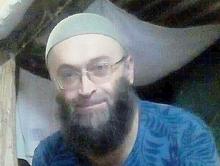