In the fourth known jailing of a conscientious objector in 2019, 20-year-old Jehovah's Witness Azat Ashirov was jailed for two years by a court in Abadan in the capital Ashgabat in late July. However, unlike with previous conscientious objectors, prosecutors claimed he had evaded his obligation fraudulently. Ashirov rejects the charges. He had written to the Military Conscription Office setting out his religious objections to performing compulsory military service and offering to perform an alternative civilian service. 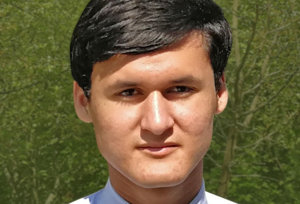 Azat Ashirov
Jehovah's Witnesses
Ashirov's jailing brings to seven the number of Jehovah's Witness conscientious objectors known - as of 5 September - to be serving jail terms of between one and four years. Six of them are imprisoned at the Labour Camp at Seydi in the eastern Lebap Region (see below).

Ashirov is awaiting his appeal hearing. He is believed still to be held at the pre-trial detention prison at Yashlyk, 40 kms (25 miles) south-east of the capital Ashgabat. He is expected to be transferred to the labour camp at Seydi (see below). 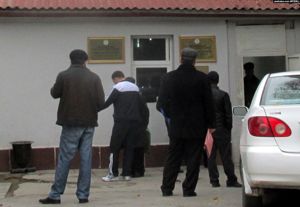 Criminal Code Article 219, Part 2 punishes refusal to serve in the armed forces in peacetime "by means of inflicting injury to oneself, or by simulation of illness, by means of forgery of documents, or other fraudulent ways". Punishment is a jail term of one to four years. The first known use of Article 219, Part 2 to punish a conscientious objector is the case of Azat Ashirov (see below).

In May 2019, the Military Conscription office in Turkmenabat forcibly conscripted Jehovah's Witness Bahtiyar Atahanov, despite his written declaration that he could not serve in the armed forces because of his religious convictions.

In what appears to have been a show trial, on 15 July a Judge from Tejen City Court came to the military unit and sentenced Atahanov to four years' imprisonment under Criminal Code Article 344, Part 2. This punishes "Refusing to perform the duties of military service by simulating illness or other means with the aim of complete freeing from performing the duties of military service" with a jail term of up to seven years.

Forum 18 was unable to find out why the authorities will not introduce an alternative civilian service and why conscientious objectors who are willing to perform such an alternative service, like Ashirov and the other six Jehovah's Witness young men, continue to be jailed.

The telephones of the regime-appointed Chair of the Mejlis (Parliament) Human Rights Committee Yusupguly Eshshayev, the regime-appointed Human Rights Ombudsperson Yazdursun Gurbannazarova, and Gurbanberdy Nursakhatov, a Deputy Chair of the government's Commission for Work with Religious Organisations and Expert Analysis of Resources Containing Religious Information, Published and Printed Production, went unanswered each time Forum 18 called on 4 and 5 September.

The seven jailed conscientious objectors are among the many people Turkmenistan has jailed for exercising freedom of religion or belief. 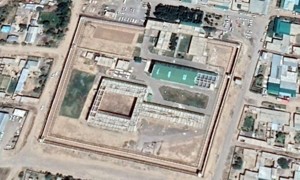 Yashlyk Pre-trial Detention Prison, 2019
CNES/Airbus/Google
In the spring 2019 call-up, the Military Conscription Office called up Jehovah's Witness Azat Gurbanmuhammedovich Ashirov (born 7 January 1999) for compulsory military service. Like all the other Jehovah's Witness conscientious objectors, he submitted a written declaration explaining his reasons for being unable to perform compulsory military service and setting out his readiness to perform an alternative civilian service.

However, officials rejected Ashirov's request for an alternative civilian service. They claimed he had used fraudulent methods to evade his obligation to perform compulsory military service. Prosecutors at Abadan District Prosecutors' Office prepared a case against him under Criminal Code Article 219, Part 2, which punishes refusal to serve in the armed forces in peacetime "by means of inflicting injury to oneself, or by simulation of illness, by means of forgery of documents, or other fraudulent ways".

The Prosecutor's Office then presented the case to Ashgabat's Abadan District Court. Ashirov rejected the charges against him. However, on 31 July, the Judge convicted him and handed down a two-year ordinary regime prison sentence, Jehovah's Witnesses told Forum 18.

In early August, Ashirov lodged his appeal against his conviction, which is due to be heard at Ashgabat City Court. Abadan District Court confirmed to his mother on about 22 August that it had received the appeal, Jehovah's Witnesses told Forum 18. No date has yet been set for the appeal.

Ashirov is being held at the pre-trial detention prison (AH-D/1) at Yashlyk, 40 kms (25 miles) south-east of the capital Ashgabat. He is expected to be transferred to the labour camp at Seydi.

Ashirov's jailing brings to seven the number of Jehovah's Witness conscientious objectors known - as of 5 September - to be serving jail terms. Six of them are imprisoned at the harsh Seydi Labour Camp in the desert in Lebap Region. 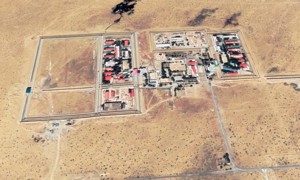 Four Jehovah's Witness conscientious objectors are known to have been freed from Seydi Labour Camp in August 2019 after completing their full one year jail terms:

Isa Muslimovich Sayayev (born 14 May 1994) was freed on 9 August 2019, exactly one year since he was jailed by Koneurgench City Court.

Ruslan Khadynyaz oglu Artykmuradov (born 24 May 2000) was freed on 12 August 2019, one day short of a year since he was jailed by Sayat District Court.

Sokhbet Rejepmyradovich Agamyradov (born 4 January 2000) was freed on 27 August 2019, exactly one year since he was jailed by Mary City Court.

Serdar Annamyradovich Atayev (born 9 June 2000) was freed on 28 August 2019, exactly one year since he was jailed by Mary City Court. 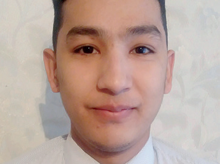