Despite never receiving a written decision in the year since a court in December 2016 fined a Baptist from Aliabad in Azerbaijan's northern Zakatala [Zaqatala] District, the court is insisting that Mehman Agamammadov pay a fine equivalent to over three months average salary by the end of 2017. While objecting to the fine to punish him for meeting with others for worship without state permission, he managed to pay a third of the fine. A Baptist Pastor fined with him is still trying to challenge his fine, which he has not paid. 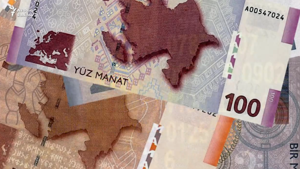 Azerbaijani Manats
Azadliq Radiosu (RFE/RL)
The two fines were handed down after police and the local official of the State Committee for Work with Religious Organisations raided a meeting for worship in November 2016 because the church does not have the compulsory state registration (see below).

In 2017 religious communities have continued to be raided by officials of several state agencies. The latest such raids have included raids in the capital Baku, as well as in the north-eastern town of Quba and the central town of Barda. Following the raids, individuals have given large fines for exercising freedom of religion or belief without state permission (see below).

The government imposes severe controls on who is allowed to meet for worship and where. All religious communities must have state registration before they can legally function. However, many communities (like the Baptist church in Aliabad) are arbitrarily denied such registration. Muslim communities outside the framework of the state-backed Muslim Board are banned, although this is not enshrined in any law (see Forum 18's Azerbaijan religious freedom survey http://www.forum18.org/archive.php?article_id=2081).

Fines are typically 1,500 Manats (7,350 Norwegian Kroner, 750 Euros or 890 US Dollars). This represents nearly three months' average wages for those with a formal job. However, for those in rural areas, those without a formal job, or pensioners, such fines represent a far heavier financial burden.

The woman who answered the phone at the press office of the State Committee in Baku on 15 December did not respond when Forum 18 asked if it was the press office. She eventually put the phone down. Called back, the line had been switched to a fax machine.

One year after a court in the northern town of Zakatala imposed a fine of 1,500 Manats on two Baptists in the nearby village of Aliabad, officials have demanded that one of the two - Mehman Agamammadov – pay his fine by the end of 2017. Agamammadov had not paid his fine, both because he did not believe he should have been fined for meeting with others for worship without state registration and because the court refused to give him the decision in writing.

Aliabad's Baptist Church has been trying to gain state registration since 1994, but like many other religious communities has faced repeated official obstruction (see Forum 18's Azerbaijan religious freedom survey http://www.forum18.org/archive.php?article_id=2081). One of the Church's pastors, former prisoner of conscience Zaur Balaev, was imprisoned on false charges from May 2007 to March 2008 (see F18News 19 March 2008 http://www.forum18.org/Archive.php?article_id=1102).

Another pastor of the Church, former prisoner of conscience Hamid Shabanov, was held in pre-trial detention from June to November 2008. In February 2009 he was given a two-year suspended sentence on charges he and his fellow-Baptists insisted were also fabricated to punish him for exercising his freedom of religion and belief (see F18News 12 February 2009 http://www.forum18.org/Archive.php?article_id=1254).

The State Committee in Baku most recently wrote to the community on 22 November 2017. The letter from the head of the State Committee Legal Department Sabina Allahverdiyeva, seen by Forum 18, warned the Church that it cannot meet for worship without state registration.

The Church has been unable to meet together for worship since a November 2016 raid by police and the local State Committee official, which led to the fines on Pastor Shabanov and Agamammedov (see F18News 17 January 2017 http://forum18.org/archive.php?article_id=2247).

"This is very painful, because the Church in Aliabad cannot function," Baptist Pastor Ilya Zenchenko told Forum 18 from Baku on 14 December 2017. "It is a violation of our constitutional rights, our right to meet for worship."

In a 15-minute hearing at Zakatala District Court on 12 December 2016, Judge Arif Ismayilov found both Pastor Shabanov and Agamammadov guilty. He fined them each the minimum fine, 1,500 Manats. Pastor Shabanov managed to get the written decision only in January 2017. Agamammadov never received the written decision, despite repeated attempts to get it from the court (see F18News 17 January 2017 http://www.forum18.org/archive.php?article_id=2247).

Both Baptists were punished under Administrative Code Article 515.0.2 ("Violating legislation on holding religious meetings, marches, and other religious ceremonies"). The fine for individuals for this "offence" is between 1,500 and 2,000 Manats (see F18News 2 June 2016 http://www.forum18.org/archive.php?article_id=2184).

The refusal by the Court to issue its decision in writing (as the law requires) denied Agamammadov the possibility of appealing against the punishment.

"After insistent demands from the court bailiff that he must pay this 'urgently', Mehman paid 500 Manats in early December," fellow church members told Forum 18 from Aliabad on 14 December 2017. "But the bailiff is insisting that he must pay the rest by the end of the year. Of course he's not happy – this is a lot of money."

Judge Ismayilov insisted that he needs to look back at the paperwork on Agamammedov's case. "I'll have to check, but let him appeal to us," he told Forum 18 from Zakatala on 14 December. "But it can't be that he didn't get the court decision in writing." The Judge refused to send Forum 18 a copy of his decision in the case.

Pastor Shabanov wished to appeal against his fine, but was not able to do so within the prescribed ten days of the issuing of the court decision. He then challenged the rejection of his request for the deadline to be extended, but on 21 June, Sheki Appeal Court rejected this suit.

At least four of the men - Sultanov, Karimov, Hasanov and Ibrahim Dovlatov - appealed against their punishments to Sumgait Appeal Court. However, in successive hearings on 15 September, Judge Nazim Movsumov rejected the four men's appeals, according to court records.

Asked on 14 December why the 12 men had been punished for exercising freedom of religion or belief, Eynulla Nurullayev, the regional representative for the State Committee, told Forum 18: "I don't know." He then put the phone down.

A 43-year-old Sunni Muslim, Eldeniz Hajiyev, is trying to overturn a fine imposed by Quba District Court in March to punish him for exercising freedom of religion or belief. He appealed against the punishment to Sumgait Appeal Court. Judge Farmayil Zeynalli held hearings on 1 and 13 December. The case is due to resume on 22 December, the Judge's assistant told Forum 18 on 14 December.

Hajiyev was among more than 20 Muslims punished after police raided a religious meeting in a home in Quba in March. Police accused participants of violating the Religion Law by holding a religious meeting without state permission. Quba District Court fined Hajiyev and the other Muslims 1,500 Manats each at hearings on 5 March, the day after the raid. All were punished under Administrative Code Article 515.0.2 ("Violating legislation on holding religious meetings, marches, and other religious ceremonies"). Sumgait Appeal Court rejected the men's appeals in April and May (see F18News 6 July 2017 http://www.forum18.org/archive.php?article_id=2294).

Former prisoner of conscience Hajiyev was among a group of five Sunni Muslim men sentenced for taking part in an April 2014 home religious study meeting in Baku. Armed police raided the meeting and arrested many participants. He subsequently received a 4 years and 5 months prison term. The other four men received prison terms of between 1 year, 7 months and 5 years, 5 months. In April 2016 these were reduced on appeal (see F18News 27 April 2016 http://www.forum18.org/archive.php?article_id=2173).

Hajiyev was transferred in September 2016 from prison to a Baku detention centre where he was free to leave in the daytime, provided he remained in the city, but had to return to the centre at night (see F18News 13 March 2017 http://www.forum18.org/archive.php?article_id=2263).

About eight police officers – with a court order - raided the woman's home as Jehovah's Witnesses were meeting. They seized religious literature, tablets and a notebook (which were later returned).

Officers took some attendees to the police station, where they interrogated them with questions such as: "Why do you not read the Koran, or go to the mosque? Why do you not go to the army?" Police took statements and then released the attendees after about five hours.

The same day, seven officers of Lokbatan Police also raided another religious meeting in the home of another local Jehovah's Witness. Officers seized religious literature and tablets and took the six people present to the police station. They released them after about four hours. In late June, an officer warned the homeowner that she would face an administrative case related to the seized religious literature.

Although officers initiated administrative cases against both householders, it appears the cases did not reach Baku's Qaradag District Court.

The authorities have previously raided Jehovah's Witnesses in Lokbatan meeting together for worship and study, for example in a 9 April 2015 raid. Police confiscated religious literature and one attendee, Georgian citizen Goderdzi Kvaratskhelia, was deported (see F18News 5 August 2015 http://www.forum18.org/archive.php?article_id=2086).

An appeal by Jehovah's Witness Tunzala Mamishova has failed to overturn a fine imposed to punish her for hosting a religious meeting in her home in the central town of Barda in January 2017. On 29 March Judge Elshad Bayramov of Gyanja [Gäncä] Appeal Court upheld the fine of 1,500 Manats under Administrative Code Article 515.0.2 ("Violating legislation on holding religious meetings, marches, and other religious ceremonies"), according to court records.

About 15 police officers raided Mamishova's home on 1 January as 18 people had gathered for a religious meeting. Officers, who refused to identify themselves, pushed their way in, filmed everyone present against their wishes and shouted insults, Jehovah's Witnesses told Forum 18. They seized religious literature.

Officers took everyone present to Barda District Police Station, including one man who was not allowed to put on his coat or shoes before being taken. One police officer, Vugar Mammadov, hit one female Jehovah's Witness, pulled her hair and threatened her with a sexual assault, Jehovah's Witnesses complained. Police arrested the attendees after forcing them to give statements.

The administrative case was brought against Mamishova as the host of the meeting. Judge Javid Tagiyev of Barda District Court fined her on 17 March, according to court records.

Baku's Khatai District Court has punished Tale Suleymanov for exercising freedom of religion or belief outside the registered legal address of a state-registered religious organisation. He was charged under under Administrative Code Article 515.0.4 ("Religious associations operating away from their registered legal address"). On 21 July Judge Ibrahim Ibrahimli fined Seleymanov 1,500 Manats, Court officials told Forum 18 on 13 December. Fines under this Article for individuals are between 1,500 and 2,000 Manats (see F18News 2 June 2016 http://www.forum18.org/archive.php?article_id=2184).

Suleymanov appealed against his punishment to Baku Appeal Court. However, on 10 August Judge Mirpasha Huseynov rejected his appeal, according to court records.